Hey Lauren Viera. I think the The Drive 97.1 was right.

Just when I thought I had broken out of the loop.

What a bag of dicks.
…
Also I blame magnets.

I am in a loop of coincidence that involves the words “The Ambassadors”.

It is the name of a Science Fiction story that I once started writing which begins with an actual experience I had on a Spice Farm outside of Negril, Jamaica. In fact, I used the first ten pages as my submission to the MFA program in Screenwriting at Northwestern University years ago. I didn’t get in. That time, or the next time either. #can’twin’emall

It also the name of something else strange that Martin Luther King Jr. showed me on my birthday this year with the help of U2 and YouTube. See if you can find them!

One more in the name of love.

It is also the apparently the name of a painting that I thought of tonight, out of nowhere, but couldn’t remember anything about. It was easy enough to find though, all I had to do was Google “distorted perspective” of course. And there it was. See if you can find the skull!

Of course. No alarms and no surprises. Or maybe both. Why wouldn’t I be jamming out to Pink Floyd while doing laundry and getting weird on the Internet on a Saturday night? I am cool as shit people. Anyone can see that.

Anamorphosis is a distorted projection or perspective requiring the viewer to use special devices or occupy a specific vantage point to reconstitute the image.

There is a phrase in Latin “Memento mori” that literally translates to “in the future remember to die”. It would seem that reminding people of their mortality has been a subject of art, since well, art.

The laser light show is really just a bonus.

Ticking away the moments that make up a dull day,
you fritter and waste the hours in an offhand way.

Kicking around on a piece of ground in your home town, Waiting for someone or something to show you the way.

Tired of lying in the sunshine staying home to watch the rain, you are young and life is long and there is time to kill today.

And then one day you find ten years have got behind you,
no one told you when to run, you missed the starting gun.

So you run and you run to catch up with the sun but it’s sinking,
Racing around to come up behind you again.

The sun is the same in a relative way but you’re older,
Shorter of breath and one day closer to death.

Every year is getting shorter never seem to find the time,
plans that either come to naught or half a page of scribbled lines.

Hanging on in quiet desperation is the English way.
The time is gone, the song is over,
Thought I’d something more to say. 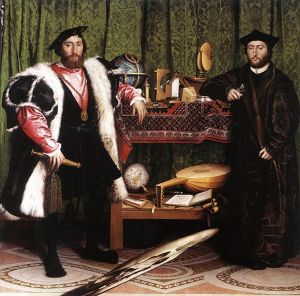